What is Murphy’s Curve? 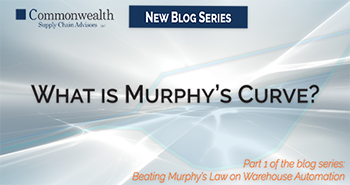 Unrealistic expectations doom many projects to failure before they begin.

The reality is that even with successful projects, there is almost always a period of decreased performance which begins before the go-live. It can last for an extended period while the operations staff adjusts to the new processes and technology and while bugs are worked out of the system. With a well-planned and well-run project, this adjustment period is short, and performance begins to improve over time, eventually surpassing the pre-deployment levels and achieving the gains that were the rationale for the project. However, many companies gloss over this reality and expect that after deploying new technology they will see an immediate and sustained performance improvement. The variation between expected and actual results can be significant, as figure x indicates. 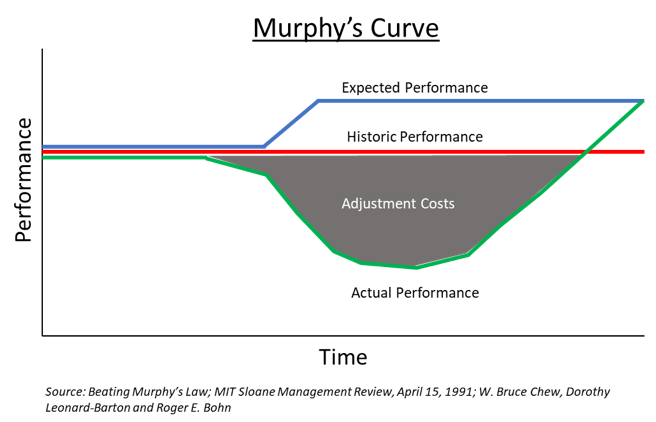 Beating Murphy’s Law begins with an acknowledgement that Murphy’s Curve can, and will, be present in every operations improvement project to some degree.